The Complete Guide to Headless Commerce

Your business today is different than where it was a year ago, and it’ll continue to change in the future - that much is guaranteed. And as businesses change, the technology they rely on must grow in turn.

In the non-technology world, we’re accustomed to the idea of “modular replacement.” You don’t replace an entire car when the tires wear out! And you don’t need a new house just because your roof has a hole in it. The systems in your house and car are separated, or modularized, just enough in order to avoid system-wide replacements.

Headless architecture is a step in that same direction, from an eCommerce perspective. When the look and feel of your website grow outdated, why not just replace the front end design rather than the whole platform?

Monolithic or “all-in-one” frameworks that tightly couple their front-end with the CMS produce obstacles to cross-compatibility across platforms and devices. Adding fuel to the fire is the speed of advancement and innovation in user interfaces and online selling channels. Things move fast, and there’s a lot at stake—which is exactly where headless eCommerce architecture excels.

The ability of headless eCommerce to quickly adapt to new technology gives businesses a huge advantage by decreasing speed to market.

Marketing and product development teams should be able to find and capture new opportunities as quickly as possible, but far too often, website developments slow this process. This creates problems, as the iterative process of building, launching, measuring, and tweaking is critical to marketing success. When the opportunity to measure and tweak is slowed due to a cumbersome site-to-platform relationship, no one is happy.

Being Connected to Everything: The Internet of Things

One of the major areas of change in user interface arises from the Internet of Things (IoT), as connected devices like voice assistants become a major channel for every aspect of online life. 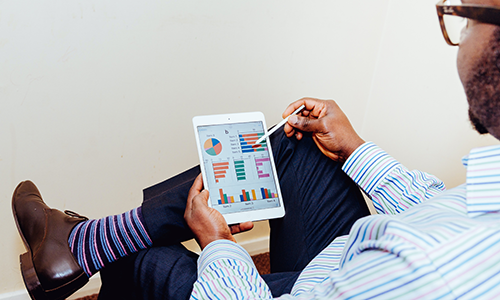 They’re the root cause of updates to Google’s search algorithms that now parse full-phrase search queries. Moreover, the entire web is bracing for a monumental shift in the user interface, with an expected 64B IoT devices globally by 2025.

With money on the line, eCommerce finds itself center stage in the need to adapt, and headless eCommerce provides a distinct advantage in this regard. Rapid changes to frontend development are accommodated by a persistent eCommerce platform underpinning the framework, allowing companies to act quickly on frontend changes without getting caught up in overhauls to the core eCommerce platform.

Aside from hardware considerations, headless frameworks present an advantage to software development. Monolithic and proprietary software present a bottleneck to development based on the owner of the source code. Headless commerce circumvents this problem by nature of being front-end agnostic. It’s designed to have an independent front-end superimposed upon the eCommerce platform, which makes third-party development easier than ever.

With the core eCommerce platform out of the way, developers are free to focus on UI, tools, templates, and other innovations for the end-user, lending itself to a diverse future of third-party front-development. This aspect of the headless model offers security in the marketplace as continual innovation in front-development can be supported by a single eCommerce platform with the possibility of multiple CMS-supported websites, apps and other applications connecting to it.

Slatwall Commerce Featured on Withum's "Take Me to the Cloud" Podcast

Benefits of Headless Commerce for WordPress